Sometimes the Word of God speaks so directly to what is happening in and around us, that it seems it is written just for our times and not 2,000 + years ago!  This Sunday’s readings are a case in point. 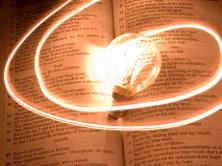 Everyone added infidelity to infidelity, copying the shameful practices of the nations and defiling the Temple. The God of their ancestors tirelessly sent them messenger after messenger, hoping to spare them and the sacred dwelling place. But the people ridiculed the messengers and despised the message; they laughed at the prophets.

My parents fled Sudan, seeking safety from the war and came to Kakuma refugee camp in 1992. They had me one year later. Life in the camp hasn’t been very good.

In 2007, as the situation at home began to stabilize, most Sudanese refugees went back. However, my father had died and this meant that his brother had the right to take my mother. My mom didn’t have a good relationship with him. We no longer had a home in Sudan.

In 2007, as the situation at home began to stabilize, most Sudanese refugees went back. However, my father had died and this meant that his brother had the right to take my mother. My mom didn’t have a good relationship with him. We no longer had a home in Sudan.

A continuation of Chronicles

The Most High brought the ruler of the Chaldeans against them, who slew their young warriors, sparing no one, female nor male, not even the aged or handicapped; God handed them all over. The invader burned down the Temple of our God, demolished the walls of Jerusalem… and destroyed everything of value in it.

My uncle still feels like he owns us, though. In 2008, he tried to marry me off to an old man who had a lot of money and cattle. My father’s family doesn’t value my education. Only I know it is the most important thing for my future. They just wanted to sell me to make money. So they came to Kakuma and abducted me by force. [Fortunately] I snuck away and back to the camp.

Two years later, they tried again and tied me up so I wouldn’t leave, but again I managed to escape. Good-hearted people helped me to leave and I got back to Kakuma.

After my father’s family threatened to kill me, I decided that my only hope was to marry someone else. They gave me an ultimatum: leave my husband or sell my new-born boy for 40 cows. This created problems in my marriage and my husband began being abusive with me.

In the first year of Cyrus, ruler of Persia, Our God inspired him to issue a proclamation: “The Almighty has given me all the nations of the earth and has ordered me to build a Temple in Jerusalem. Whoever among you belongs to any part of God’s people, may the Most High be with them. Let them go up!”

To protect myself and my child, I reported the situation to the gender protection unit in Kakuma. They took me to the Jesuit Refugee Safe Haven. I can’t move about freely, nor can I live here forever. But for the time being there is a guard to protect me.

Fearful Nicodemus ventures forth to see Jesus only under cover of darkness. Jesus responds by speaking of light, the light sent by God into the world, the light shed by the good deeds of those who trust that there are no limits to God’s love. What is our excuse for not living as light-bearers? “We are God’s work of art, created in Christ Jesus, for good works”! 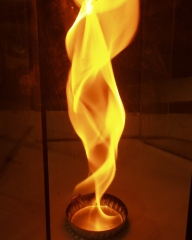 “Let us bear your holy light

To a world waiting in darkness.

Let us be a sign of your love and peace

Shining in the night.”

(“Let Us Bear Your Holy Light,” Kathy Sherman, on A Language of the Heart)

* The story of “Grace” (not her actual name) is true (http://jrsusa.org/voices) and similar to those of women who have become part of our life and ministry. See http://www.asyleewomen.org/